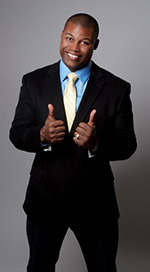 Commonly referred to as “Mr. Bread Crumb,” Cedric Crawford is no stranger to overcoming adversity. In fact he’s an Adversity and Change Specialist as well as an author, Motivational Speaker, Entrepreneur, Personal Development Success Coach and Mentor, Husband and Father of four.With his daily life he caries the daily motto: “IT” may not be easy, but “IT’s” POSSIBLE! And he lives by his mission: To reveal the simple process to it takes to overcome the F.A.C.T.S. (Fear, Adversity, Change, Trials, and Struggles) of Life and “Make ‘it’ GREAT!

Craig Scott will give the powerful true story of a girl who knew that kindness and compassion was the key to reaching and impacting adolescents. Craig’s sister, Rachel Scott, the 1st victim of the Columbine tragedy had a simple theory that 1 act of kindness could change the world. Students are bombarded daily with bullying and negativity, and Rachel’s Challenge aims to overcome bullying with kindness. Based on Rachel’s life and writings, this unique approach has been shared with millions of educators and you will be inspired to create an atmosphere of acceptance and awareness, learn to avoid clouded learning environments, and eradicate bullying, teasing and gossiping. 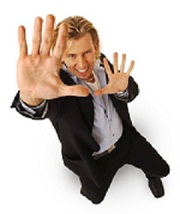 The Magic of Comedy! Comic magician, Tim Gabrielson, has one goal when he steps on stage: Keep It Funny! A native of Minnesota, Tim began performing at a local theme park at age 16. His comedic wit and natural timing combined with magical prowess quickly made him a park favorite and landed him a contract with a local agency. He soon became one of the Midwest’s youngest and fastest rising entertainers. Tim’s business is magic, but for this consummate professional it’s much more than the tricks. “People are always talking about the technicality of magic. You have to be good, but the magic by itself is meaningless. Do you entertain the crowd? Can you grab an audience in the first few minutes and hold their attention? You can be a fabulous magician, but if you can’t entertain the crowd, people aren’t going to come back. I don’t want to be just a good magician. I want to be a great entertainer.”Tim’s “keep it funny” philosophy is apparent throughout his laugh-a-minute- show.

Matt Bellace has been involved with drug and alcohol prevention efforts since he was a student. In 1993, as a sophomore at Bucknell University, Matt founded a grassroots prevention group called C.A.L.V.I.N. & H.O.B.B.E.S. (Creating A Lively Ingenious New Habit Of Being (at) Bucknell (and) Enjoying Sobriety). The group provides substance-free social and residential options for Bucknell students. Former Bucknell president, William “Bro” Adams, referred to the organization as “revolutionary.” In 1996, the group moved into a 23-bedroom, former fraternity house on campus, prompting US News & World Report to remark, “…how times have changed.” The group recently celebrated its 17-year anniversary and is proud to have inspired a dozen similar “sibling organizations” at other colleges across the US.

A member of the National Speakers Association, Matt has been speaking nationally and internationally since 1995. His “How to Get High, Naturally!” program has been described as a combination of stand-up comedy, audience participation and empowering stories. Dr. Bellace has spoken at national prevention and leadership conferences, such as SADD and FCCLA. His schedule regularly includes over 200 personal appearances each year, including colleges, high school and middle schools, parent programs, staff trainings and comedy clubs. Matt is also the author of the book, A Better High, which is a humorous look at achieving healthy natural highs every day.

As a stand-up comedian, Matt’s credits include truTV’s, “The Smoking Gun Presents,” Sirius XM Satellite Radio and National Public Radio (NPR). In June 2005, Matt received a Ph.D. in Clinical Psychology from Drexel University (Philadelphia, PA). Dr. Bellace’s sub-specialty is in pediatric neuropsychology, the study of the developing brain and behavior. He completed his internship at The Mount Sinai Medical Center’s Rehabilitation Medicine Department in New York City, working with traumatic brain and spinal cord injury patients. Dr. Bellace’s dissertation work focused on emotional memory – an expertise that is not lost when he presents to an audience.

Michael Pritchard is America’s leading motivational speaker featured in Time magazine and on CNN as “somebody who’s making a difference.” He’s been profiled on CBS Sunday Morning and the Today Show for using humor to help initiate positive change in Youth Across America.

His professional comedy career has brought him to share the stage with Robin Williams, Jay Leno, and Jerry Seinfield. He’s been featured on the Tonight Show, an Emmy winning episode of Taxi, and done voices for Star Wars…and he even hosted the Pope’s celebration to San Francisco.

But Michael has focused his talents and now devotes himself to youth and he was recognized recently with his 6th Emmy nominated highly acclaimed PBS series for youth, LifeSteps and a new book, “Listen to What Your Kids Aren’t Telling You”. He is the recipient of numerous awards including an Honorary Doctorate, Parent’s Choice Award and Presidents Action Award.

Aaron holds a degree in Psychology from the University of Nebraska-Lincoln and was a member of the 1994 National Championship football team. He has spent countless hours with young people in junior and senior high schools, colleges, and juvenile detention centers. He has worked directly with youth as Urban Outreach Director for Campus Life, and as an Educational Specialist for the University of Nebraska.

Clay Roberts is Founder and President of Roberts & Associates and he is from Bainbridge Island, Washington. Mr. Roberts has been a Keynote presenter at over 700 international, national, regional, state, and local community events.

He has been featured on NBC’s “Today Show” as a prevention expert Presenter at the U.S.-U.S.S.R. Alcoholism Conference in Moscow Developer of five national model programs identified by various HHS agencies.

Rashaan was born is Southeast Los Angles, California. He moved with his family to Bakersfield, CA and graduated from Foothill High School. After graduating he attended the University of Washington and played football. He became a Third Round Draft choice into the National Football League (NFL) and played three years for the Kansas City Chiefs and one year in the XFL.

Wendy grew up here in the Bakersfield area. Graduated from West High School and then went on to University of California Santa Barbara (WCSB). She received her law degree from The University of Francisco Law School. Wendy is currently a Deputy District Attorney assigned to the Gang Task Force.

Abandoned, neglected, and abused as a child, Josh’s personal story of triumph over tragedy inspires youth to overcome life’s struggles and live life to the fullest. With the encouragement of a great foster home, dynamic teachers, school programs and community, Josh moved forward with strength and determination. He developed an unstoppable positive attitude and knows how to charge forward, no matter what! 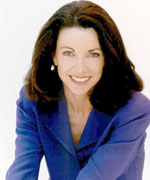 Susie Vanderlip is a PRO! As a theatrical keynote speaker and prevention specialist, she combines acting, dancing, music, and public speaking with a depth of personal experience and valuable prevention education. Audiences, both teen and adult, are immediately captivated as Julio, a restless gangbanger, hip-hops into their hearts. A riveting array of troubled characters follow — all confronted by real-life problems. 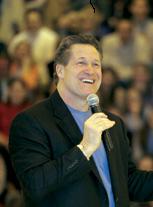 Mark Scharenbroich (Sharon-brock) (Shake-n-Bake) (the Boomba Hey Guy) is known internationally as a speaker, author and director of several award-winning programs on leadership, school climate and character education. His material is original. His message inspires people to take action, and his delivery is humorous.

After a life of hate, drugs, and violence, Richard experienced a transformation. The former “homeboy” goes to Harvard. In 1995, he graduated from Harvard University Graduate School of Education. When Richard delivers his story, he discusses topics such as diversity, peer pressure, prevention issues, general movtivation, conflict managment, gangs, violence, leadership skills, change, and resilience.